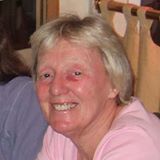 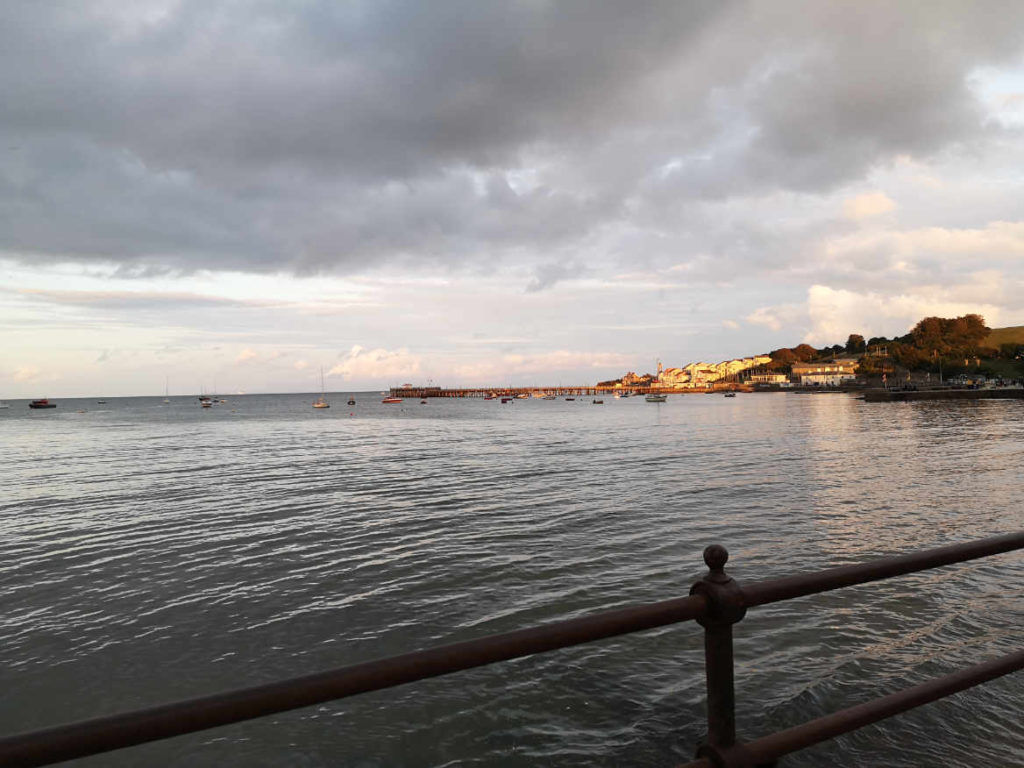 A long weekend down in Swanage that was the plan and that meant for those who could would be to travel down on afternoon so that we could dive for 3 days.
Parking on the pier can be a problem but on Friday there was plenty of room. Maybe because the weather didn’t look too good and the local divers decided to give it a miss. But when you have travelled over 200 miles what’s a few waves. Local knowledge at this juncture is the important thing and we were diving with Swanage Boat Charters. We have used them before and have come away happy about the briefings and safety on board

Diving at Swanage, like many places on the south coast is tide dependant, a wreck and a drift is the usual fare. The original plan for Friday was to go out to the Venezuela – but sea conditions were against that so we decided on the Kyarra and Peveril Ledges. Overhead was cloudy so it was dark at 25m but a good torch still meant that there was plenty to see.
Conditions in the afternoon had deteriorated when we were getting back onto the boat. Tricky. But manageable – but not for the inexperienced.
The wind dropped over the next couple of days and the sun came out.

What a difference that makes!!! We had missed our chance to dive the Venezuela but a further dive on the Kyarra was well worth it. There are plenty of nooks and crannies to investigate and swim throughs. And we could see more …..

Over the weekend we also dived the Carentan and Harry Rocks. This time the drift was medium ish – just time to spot and take a quick look, or to ‘shelter’ under ledges to take a better look. Plenty of dog fish around. Looked forward to diving the Betsy Anna. It’s not a big wreck but at 24m ish there is just a little more time to have good look around. Unfortunately, my buddy and I we got lured into chasing shadows and ended up wandering off the wreck. But we did see a conga at the start of our dive! 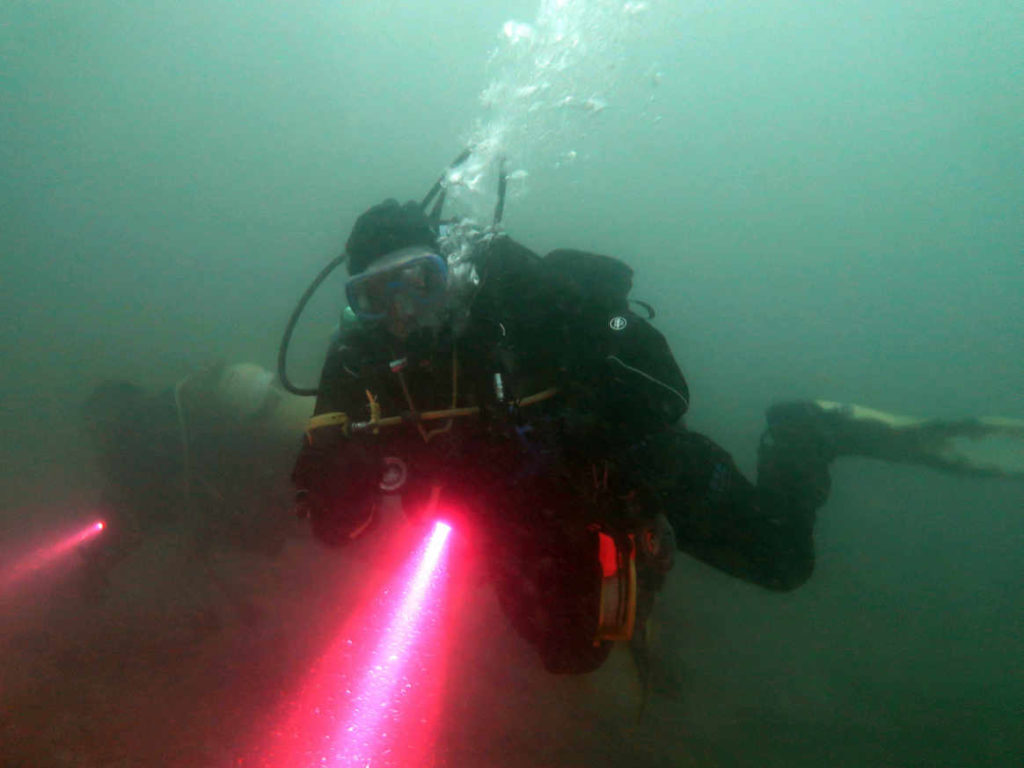 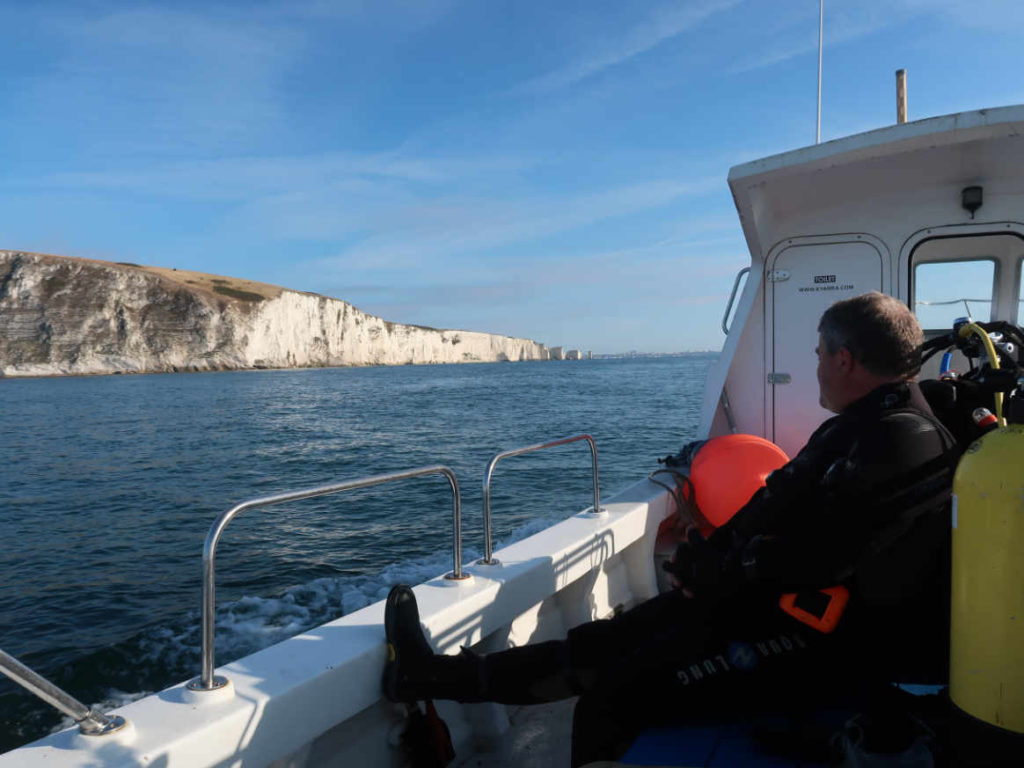 The Folk Music Festival Weekend featured on our weekend. So there was a lot a street entertainment during the day and in the evening – ranging from Clog Dancing to Morris Dancing and music played on accordions of every description.

Thanks Ian for organising the weekend and also where we were going to eat at night. Ian’s knowledge of food and the local eateries is astounding!!! 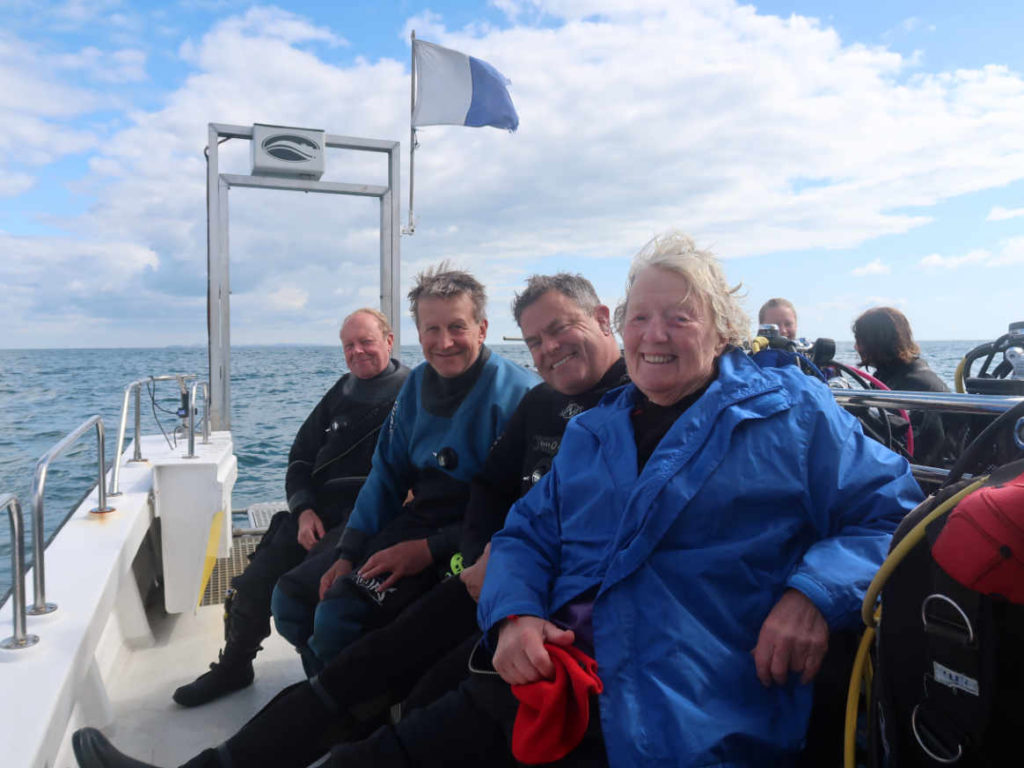